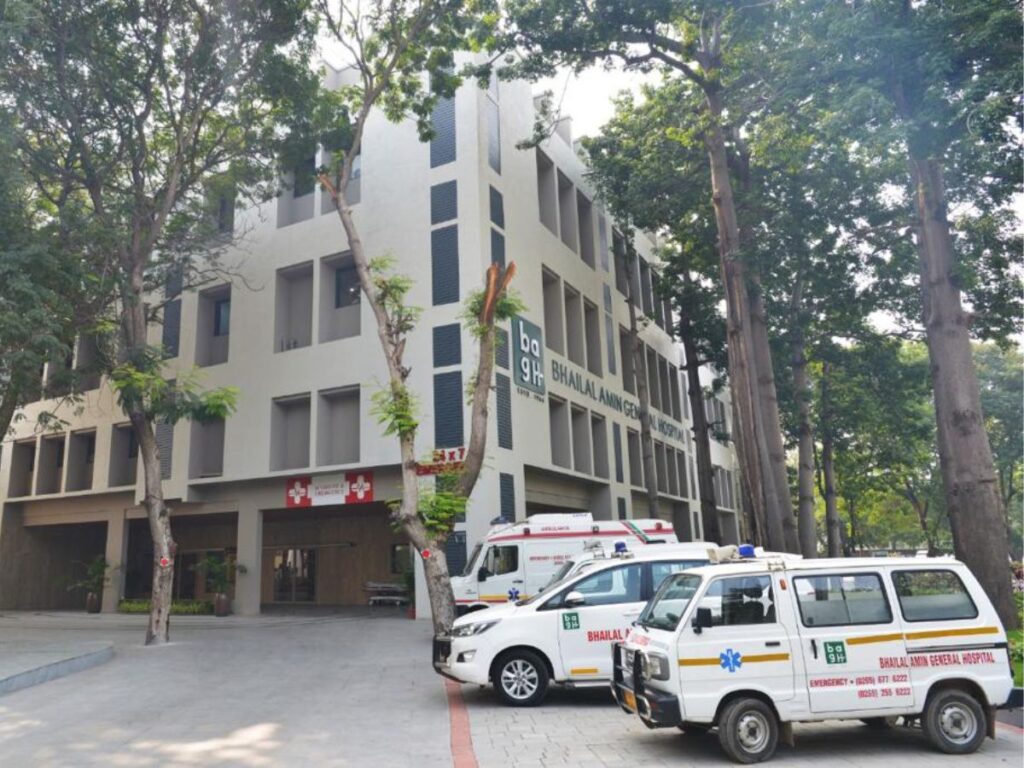 New Delhi (India), October 22: The comprehensive emergency department at Bhailal Amin General Hospital (BAGH) witnesses some of the most intense and complicated medical cases. Most of these instances demand a ‘do or die’ response from the doctors and other healthcare professionals. This is what happened in the month of August ’22, when a 26-year-old female patient with an alleged history of pesticide ingestion was received to BAGH emergency.

The emergency department at BAGH was quick to use Ryle’s tube lavage to flush out the poison from the stomach. The patient had earlier vomited two times, and performing a gastric lavage was critical to keep the patient from succumbing. The patient was immediately shifted to the ICU for further medical diagnosis & treatment after the initial management in the emergency department. She was found to have a high respiratory rate with low oxygen saturation levels. Doctors instantly started the oxygen therapy to stabiles the patient’s condition.

The chest x-ray conducted during admission depicted signs of large consolidation on the left and partial consolidation on the right side. It has happened due to Acute Respiratory Distress Syndrome (ARDS). In ARDS, fluids build up in the small, elastic air sacs available in the lungs, keeping the lungs from filling enough air. The lung function was highly compromised due to the poisoning. The patient was put on NIV support as her body couldn’t maintain the required oxygen levels. Later, the doctors recommended invasive ventilation to give her the best fighting chance as NIV support wasn’t sufficient to maintain her respiration level.

During the initial two days of the invasive ventilation, the patient was kept wholly sedated. She also showed signs of fever on the second day. Supportive antibiotics were prescribed to control the fever. Even after the first seven days, the patient needed invasive ventilation. Therefore, doctors performed a Tracheotomy to improve her condition. A wide range of supportive treatments, including chest physiotherapy, ventilator management, rehabilitation and emotional support, was also provided to ensure the patient’s quick recovery.

After 15 days of diligent support and care, invasive ventilation was no longer needed. This was followed by the removal of tracheostomy on the 17th day. The new chest x-ray showed significant signs of improvement. The patient was finally discharged on room air after complete recovery in 28 days, thanks to the team efforts put in by the BAGH medical team. The Bhailal Amin General Hospital is has been known for such medical wonders, and the healthcare team leaves no stones unturned to heal the patients for better outcome.

The Club is opening an introductory mint of 200 NFTs for early adopters in June 2022. The money raised from the sale of NFTs will be used to conserve endangered cheetahs and enhance their population in India. New Delhi (India), May 26: The Dapper Cheetah Club, the newest entrant into the world of Non-Fungible Tokens […]

The International Peace Day Celebration, by the Council for Universal Peace, which is headquartered in Tokyo, Japan, is held at Sheikh Rashid Tower World Trade Centre, Dubai. The summit was inaugurated by His Highness Sheikh Obaid Suhail Al Maktoum and was presided over by H. E. Khaled Al Maeena, Kingdom of Saudi Arabia. Addressing the […]