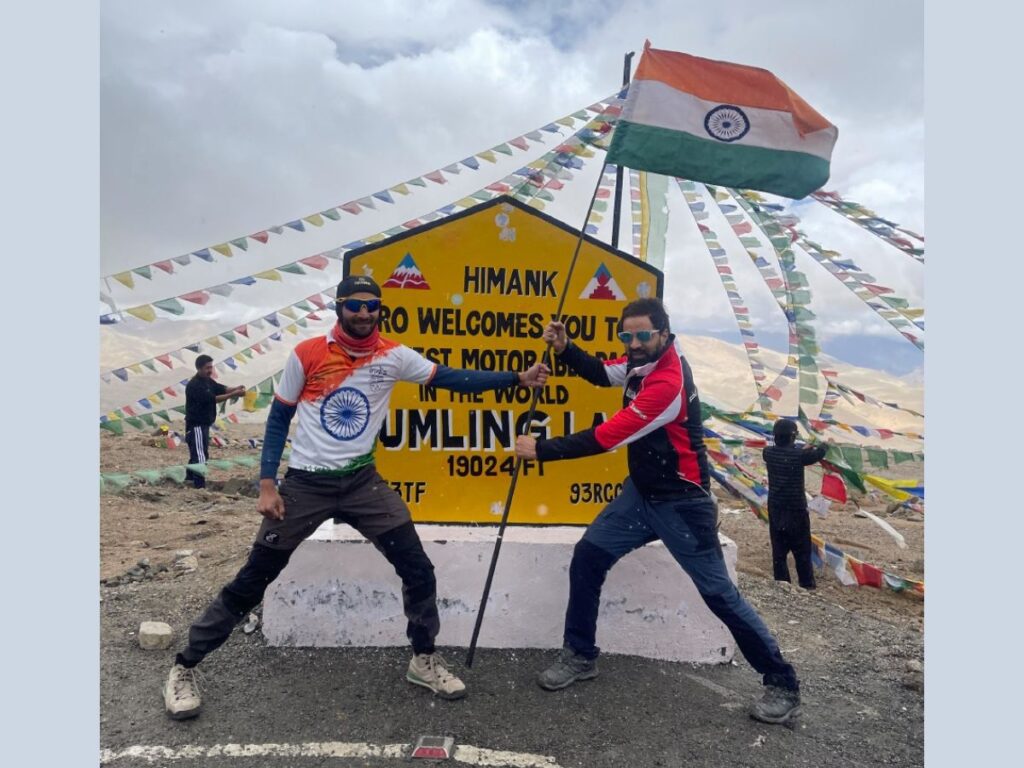 New Delhi (India), November 24: Vishwaraj Jadeja India’s fastest long-distance ice skater, never imagined that one day he would be representing India at the World Cup in 2022. Thanks to Jay Patel, the New York-based entrepreneur, and philanthropist, who sponsored Vishwaraj in the World Cup 2022 held at Heerenveen, the Netherlands.

Vishwaraj made a move after 3 laps on a 16-lap Mass Start semi-final race at the World Cup in Heerenveen, the Netherlands, where the world’s elite ice skaters participated.

Wim Nieuwenhuizen, coach of Vishwaraj Jadeja said, “Attack was the best defense for Vishwaraj in the World Cup 2022. That way the world at least sees India is here and we can make moves. Though it did not work out in the end and he was out. A lot of lessons were learned and a lot of positive heart-warming feedback was received. We are back to training and preparing for the next game”

Vishwaraj comes from an athletic family and is the third generation. His granddad was a hockey player at Gujarat University. His aunt competed in the World Championships of Roller Figure Skating for India. So it’s only natural that his objective was the Olympics. Holds 71 Indian National Records, is a Winter Olympic hopeful and is an extreme winter adventurer and explorer. With almost 300 race starts for India in international events, he is one of the few Indian competitors with a successful track record on the European Ice Skating Circuit, including regular podium finishes. MASTER 2020 WINTER WORD GAMES IN AUSTRALIA FOR INDIA 3 kilometers – silver medal 5 kilometers – silver medal Bronze medal for 1 km. The list of his accomplishments continues, but his path has been nothing short of remarkable.

Jay Patel, entrepreneur and philanthropist said, “India does not have a proper Winter Sports infrastructure today. Despite that India had and always has Winter Olympians. Just imagine what could happen if we get even 10% more resources. I mean, it took Sachin Tendulkar 6 World Cups to win 1 world cup”

Vishwaraj’s narrative and accomplishments inspired me, and I knew I had to do everything I could to support his efforts to realise India’s goal of being a global leader in this sport. I hope he reaches the pinnacle of his sport and serves as an example to others. Instead of relying solely on the government, Patel believes that “more and more individuals should come and support sports and athletes if they can.”

Jay Patel came from New York to be with Vishwaraj in the Himalayas in training at Umling La pass World‘s highest motorable road, 19,024 ft and he will go to Poland in February 2023 to cheer him up.

September 22: This time during festivals, beautify your skin and stay protected through Inatur’s premium and exotic beauty gift boxes. This wholly Indian Ayurvedic brand has a range of products for all. Inatur introduces gift options that are personally curated and designed and fit the budget, as it believes that healthy skin is happy skin. […]

New Delhi (India), July 8: Digifinite Solutions has taken a significant initiative to provide everyone with one of the best and most demanded mobile applications. Despite offering digitised web solutions for growing businesses and private customers, fulfiling the demands of the customer has been the highest priority. They have identified that the market in these […]

August 1: In Indian history and culture, sweets are an important part of the tradition; there is no merry occasion in the country without people nibbling on decadent desserts. The country brags about its unique sweets and flavours from east to west and north to south, demonstrating how much people love varied colours and confections. […]