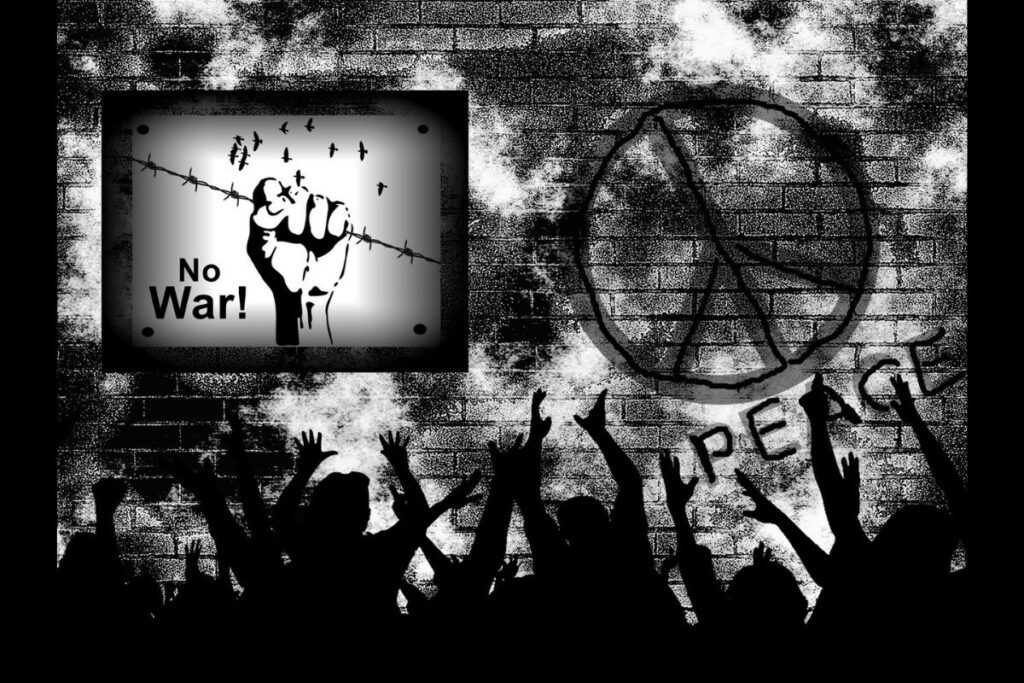 March 3: The ongoing Russian invasion of Ukraine, which started on 24 February 2022, is cause for anguish and concern for all peace-loving people across the globe. In 2003, the New York Times had estimated that the twentieth century had seen at least 108 million people killed in wars. In addition, hundreds of millions have had families, homes, lives and futures devastated. They have been pushed into insecure lives as refugees, stateless and displaced peoples. Yet the world continues to see war!

Wars are happening at a time when climate change and its manifold consequences are creating havoc for the most vulnerable communities of the world. Following the COVID-19 pandemic, we have seen gross inequalities widening, with the wealth of a tiny proportion of billionaires multiplying while millions are being pushed back into poverty. Our whole generation will stand condemned if we do not stop war-mongers wherever they are. The Preventive Priorities Survey published on 10 January 2022 by the Council on Foreign Relations lists twenty-seven other such conflict situations across the globe.

Today, more than ever, we need to spread the message that “War condemns both the victor and the vanquished!”

We need a global solidarity movement to condemn all who push the world towards conflict and call for effective processes and institutions that will ensure peace and equality amongst the nations of the world. Not only does this include the people who declare wars, but also those who play geopolitical brinkmanship, unmindful of the lives they put at risk.

The United Nations was established to maintain “international peace and security”, “friendly relations among nations”, and “social progress, better living standards and human rights”. However, the role of the UN as a peacekeeper has been hampered by the unequal position of members countries, with five permanent members in the UN Security Council using their veto power to protect their “national interests”. Moreover, the United States has too often side-lined the UN to engage in arbitrary international action, including full-scale invasions on specious grounds. Only a genuinely democratic UN will be able to play the peace-keeping role mandated by its charter.

The end of the cold war saw the emergence of a unipolar world with the dominant US and an expansionist NATO. Challenges to the position of NATO are rising, but we do not need a world riven in the conflict between two or three groupings and the unending litany of their culpabilities. For peace and equality of all people of the Earth we need the coming together of the Global South. We need a revival of the true spirit of Bandung, which saw the rise of the Non-Aligned Movement – once called the world’s largest peace movement standing for peace, progress and solidarity.

More than ever, the 21st century needs all the peace-loving peoples of this Earth coming together and working to advance equality and harmonious co-existence, at peace with each other and mother nature.

Sandeep Chachra, Executive Director, ActionAid Association says, “The world has too many challenges to deal with for war and conflict to add to the burden of problems crying for solutions. The global solution to war and conflict can only be achieved if the international processes and structures put in place to create peace and equality are made just and effective. This calls for a greater voice for the people of the Global South. A democratic United Nations and an effective movement of the Global South inspired by the Spirt of Bandung are the most effective ways to create and maintain world peace.”

ActionAid Association is part of a global federation and a full affiliate of ActionAid International, that has presence in over 40 countries worldwide.

Need Experience Call Center Services? You are at the right place, and we have 25+ years of outsourced call centre solutions and expertise. https://trionix.ae/ We Are Focused On Making Your Process A Success September 12: Trionix helps organizations to deliver outstanding customer experience across the UAE. We can design your call centre with flexibility through […]

New Delhi (India), December 20: The official Fit India Ambassador, Niraj Puran Rao, recently covered a video that is live on the Myco, streaming video platform. He shot a FIFA-centric video series called “Beyond 90 min: Qatar 22,” produced by Mcontent in association with Cnflnc. He witnessed the FIFA World Cup 2022, which started on […]

The Spectacular Grand Finale evening of Mrs. INDIA My Identity 2022 held in Thailand

December 29: Mrs. INDIA My Identity is a national pageant held for Indian women from across the world. From thousands of applications and a thorough screening process, 35 finalists were shortlisted from all over the country who were trained for various skills like ramp walk, stage presence, facing the camera, posture, confidence to name a […]