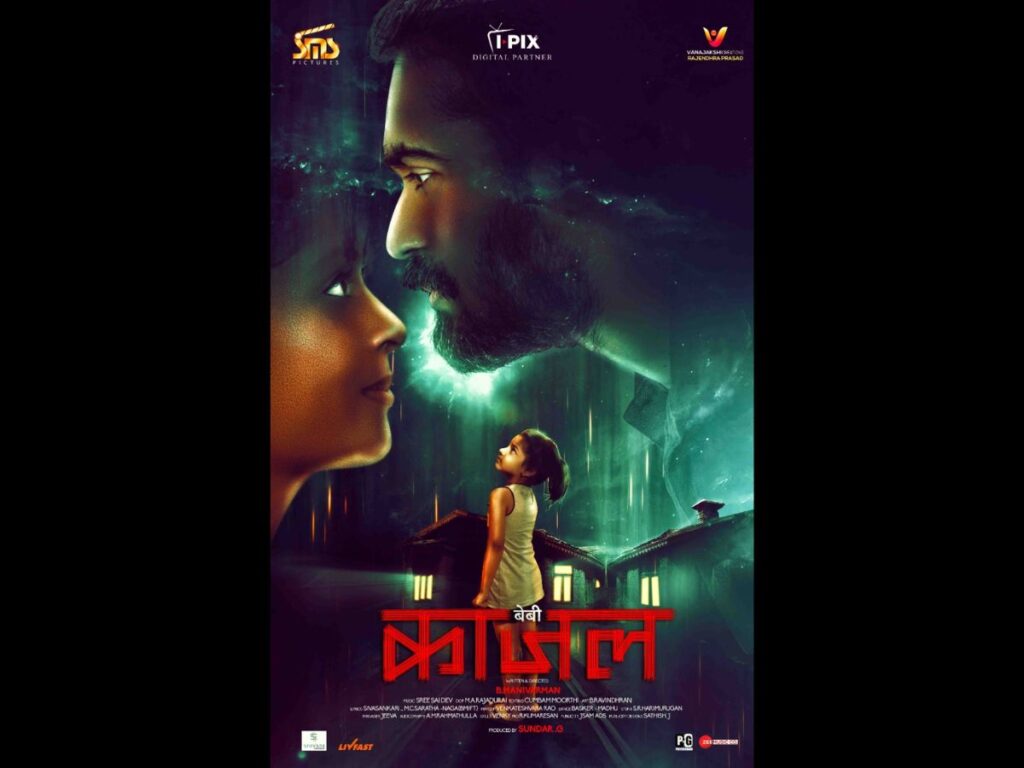 This movie will be released in Hindi, Tamil and Telugu. The movie’s trailer has been released. Zee Music has acquired the music rights.

Mumbai (Maharashtra) [India], August 16: Suspense, thriller and horror films are currently popular with audiences. Keeping the audience in mind, Baby Kajal’s film in this genre will be released simultaneously in three languages. Let us tell you that this film is called Kanmani Paappa in Tamil and Telugu and Baby Kajal in Hindi.

The first look poster of Kanmani Pappa was released by the famous Tamil actor Vijay Sethupathi, and it quickly went viral on social media. The trailer for this film has also been released, and it has received much attention on YouTube. It has three songs, and among them, the song “Nanhi Pari…” is liked by huge audiences.

This film is made under the banner of SMS Pictures. The film’s producer is Sundar G, and the producer partner is Rajendra Prasad; the director is Manimaran. Its music is composed by Sri Sai Dev V, Cameraman M A Rajadurai, Editor Cumbum Moorty. The main cast of this film is Thaman Kumar (Hero), Baby Manshvi, Miasree (Heroine), Singam Puli, Kottachi, and Lawrence (Shivam Villain).

Thaman Kumar (Hero) has worked in over ten Tamil films. Miasree (Heroine) has appeared in over 5 Tamil and Malayalam films. Baby Manashvi is a famous child actor in the South Industry. Shivam has also appeared in ten Tamil movies. This is the director’s first feature film. The film was shot over the course of 45 days in Chennai and Kodaikanal.

The film’s plot revolves around a baby girl named Kanmani and her family. This family purchased a haunted bungalow without realising the danger that awaited them. Those who lived in the bungalow did not survive; they all died, and this family arrived at the bungalow unaware of this. Things that are mysterious and paranormal started to happen gradually. This family began to battle evil. Will this family triumph over evil? Will they come out alive? Or will they all perish? To know this, you must watch the film.

Link to the video https://youtu.be/BuYZN0JuIXE

Kolkata, West Bengal India, December 07: Indian music has a special appeal not only within the country but also throughout the world, as it does with this 26-year-old influencer. Mohd Aijaz Gour is an Indian musical artist and singer born on 14 June 1996 in India. The Indian boy was raised and lived his entire life in Saudi […]

Vikrant has not just learned classical music, he has also gone to singing competitions. Vikrant was the finalist of Sangam Kala Group Delhi

Explore The World Of Music With Vikrant Bhartiya October 4: Previously it used to happen that only the people with great backgrounds and support were given bigger opportunities, but this is not the case right now, at least not in the music industry. You would be able to notice a lot of new faces in […]

Mumbai (Maharashtra) [India], August 23: An item song music video ‘Bollywood’ starring Sangeeta Tiwari is making waves across the globe, garnering more than 1 million views in just three days of its release on the ST Series YouTube channel. Termed the ‘Item song of the year, ‘Bollywood has glued audiences at home and abroad as well […]