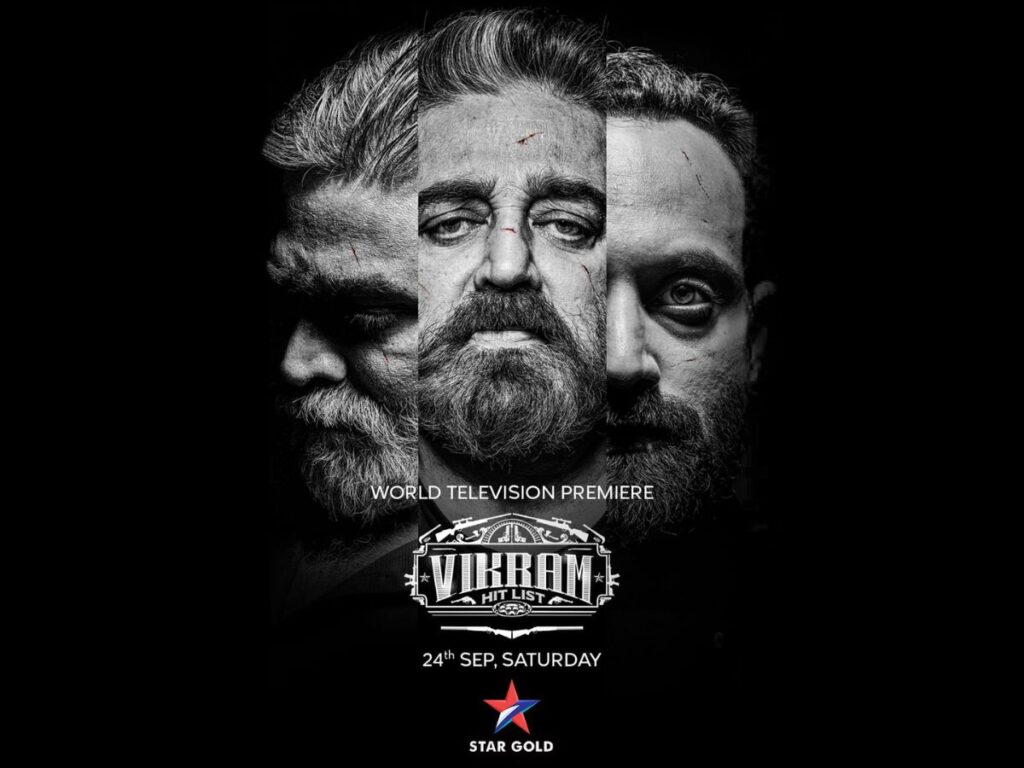 Vikram played by Kamal Haasan is a special movie to him. The legendary actor says, “Vikram movie is very special to me.  Action happens to be one of my favourite genres and I loved filming the high-octane action scenes. I feel glad that the audience turned up in big numbers when it was released in theatres. And now a larger audience can watch Vikram with their families with the World TV Premiere on Star Gold on 24th September, 8 pm.”

Vikram is a spin-off of the 1986 film Vikram, which was a spy thriller and starred Kamal Haasan as well. Following a series of murders of police officials, a black ops cop goes after a mysterious gang of masked men, which has declared war on the system, which is protecting a fearsome drug lord.

Mumbai (Maharashtra) [India], October 09: If you meet Shams Rathod 9 years and Jayant Bagda 14 years, their looks confuse many with the ‘boy-next-door image. But, hold your breath. These teenagers have become the youngest organizers of a fashion and reality show ‘Hum Hain Gully Guys, Boys and Girls’ to be held in Mumbai in […]

October 22: First of its kind, a film based on the life of Chandra Shekhar Azad is soon to be released. The makers of the film have released the first look of the film. Azad’s revolutionary moments are depicted on the poster. Azad is also seen twisting his moustache in his signature posture. The film […]

Inspiration to young artists; Vijay Kumarmath, the journey of Blastronick

Vijay Kumarmath AKA Blastronick, the upcoming music prodigy India, July 5: Vijay Kumarmath, better known in the music business as Blastronick, is a 19-year-old from Karnataka. He began his musical career at the age of sixteen. Vijay was influenced by his mother, a Hindustani classical vocalist, from an early age. He grew up witnessing his mother […]