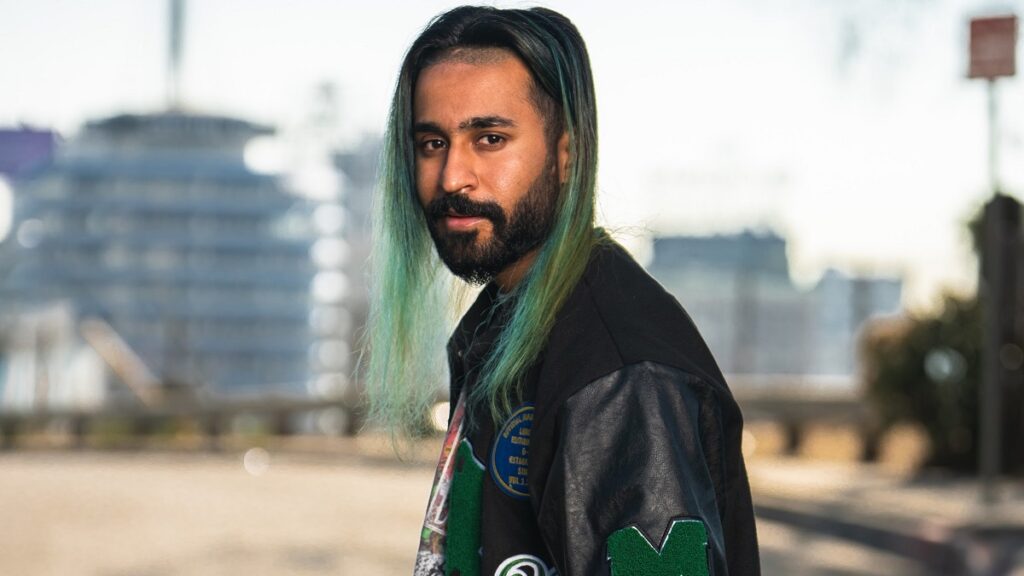 January 27: Indie singer-songwriter Shabam talks about his journey to new music and shares his views about society and how music helps empower people. Shabam is one of the leading singer-songwriters in the Indie music scene. The 27-year-old Shabam has found his way and gathered a mass audience since his debut single ‘I Bow to You‘ was released in October.

Since its release, the single has gained half a million streams on Spotify and is still counting. He is returning with his second single, the piano ballad ‘Sleepless Nights‘ which releases on 28th of January 2022. Shabam once again demonstrates his prowess as both, a performer and a songwriter.  In an interview, Shabam talks about his compositions and his journey about how he reached where he is now.

Q. Can you tell us about your latest single, “Sleepless nights”?

It is an emotional piano ballad, mixed and mastered by Katsuya Sezaki & Minyun Ko. Initially, I wrote this song thinking about two characters in my mind, so it wasn’t something that was a reality. It was more like a script.  A year later, I realized that the whole song was happening in real life, and suddenly, the song became so personal, emotional, and relatable.

Q. What’s the message behind the single?

“The song talks about two people where one is trying to help the other person see what’s on the other side of the tunnel but getting to that path can be difficult. So the song definitely sounds emotional and sad, but it talks about hope.”

Q. When did you realize you wanted to become a singer-songwriter?

Music always came naturally to me. I used to always sing as a kid, and by the time I was in the 6th grade, I found myself listening to a lot of English songs of various genres. Subconsciously, even without realizing it, I then started singing in English and in no time, I was already writing songs. The turning point was when I went to Mumbai to get a bachelor’s degree in commerce. It was in Mumbai when I had finally decided to pursue music as a full-time career and not just a hobby.

By this time, I had realized that it was better to take the risk of following my dreams rather than doing something that society wanted me to do. I had always dreamt of becoming a successful singer-songwriter, and here was my chance to take the big decision. The next big thing that I decided to do that made a big difference in my career was going to Los Angeles and studying music. Fortunately, I was able to get myself admitted into one of the best music institutes in the USA (Musicians Institute), where I did my Associate of Arts degree in Vocal performance & Independent music.

Q. Who are your musical inspirations?

This has always been a difficult question for me, but I do have quite a few favourites. I am heavily influenced by the likes of Tori Kelly, Simon & Garfunkel, Jason Mraz, Yebba, Freddie Mercury, etc.

Q. How do people feel connected to your music?

The easiest way to describe this is to relate it with the person I am. I am all about authenticity and positivity. That’s what you’ll see and feel in my music.

All I aim to do is inspire people in any way possible through my music and help empower the people who are looked down upon by society. I believe that it’s okay to be yourself and not believe in what people think about you. “If you are true to yourself and if you love yourself enough, then you will figure out everything eventually.”

Q. What’re the exciting songs & projects we will see this year?

With a flurry of new music on the way, I’m excited to share this journey with new listeners and hope that people can relate to my music and join me on my musical journey. Other than working on my independent project, I am also a part of a LA church choir that hired me a month ago. I am also working on a few collaborations, and I’ll soon start recording my third single.

Vikrant has not just learned classical music, he has also gone to singing competitions. Vikrant was the finalist of Sangam Kala Group Delhi

Explore The World Of Music With Vikrant Bhartiya October 4: Previously it used to happen that only the people with great backgrounds and support were given bigger opportunities, but this is not the case right now, at least not in the music industry. You would be able to notice a lot of new faces in […]

Bharathi Pradhan, Sangeeta Babani and Javed Akhtar New Delhi (India), August 9: Ace artist Sangeeta Babani is known for her contemporary and figurative artworks. Sangeeta has showcased her works the world-over, with exhibitions in India, London, Paris, Dubai et al. Her 18 feet installation titled ‘The Lost Art’ created waves across the globe. She was […]

Ton Chanseyma’s Are You Ok? becomes the most popular song in Combodia, garners 117 million views

January 27: Are You Ok?, a music video by Ton Chanseyma, Cambodia’s top singer, has gone viral in Cambodia, garnering over 117 million views since its recent release on the CAM-POP Galaxy Navatra. Ton Chanseyma, Cambodia’s youngest singer, received high praise from viewers on CAM-POP Galaxy Navatra’s YouTube channel for her captivating song. So much […]